Dr. Ibrahim is an astute scientist who started his working career as a lecturer in the Faculty of Agriculture, Department of Soil Science in University of Maiduguri and later joined the Raw Materials Research and Development Council (RMRDC) where he rose to the rank of Deputy Director. In September, 2010, he joined the National Office for Technology Acquisition and Promotion (NOTAP) from RMRDC as Acting Director, Technology Promotion and Commercialization Department from where he was appointed a Director on the 1st of December, 2014 and subsequently appointed as Director General/ CEO in July 2015.

Dr. Ibrahim has many scientific publications to his credit and has handled many assignments for the Federal Government of Nigeria and International Organizations. He was a Consultant to UNIDO on Establishment of Neem-Based Bio-Pesticide in West Africa and Member of International Experts on the development and implementation of ECOWAS Policy on Science and Technology (ECOPOST).

His special interest is in human capacity and institutional development to reduce dependency on foreign technology consumption. He has also distinguished himself in sports, particularly hockey in which he represented Nigeria in international competitions and won many laurels.

He is happily married with children.
Speaking At
Parallel Session 1: Enabling Connectivity Through Trade 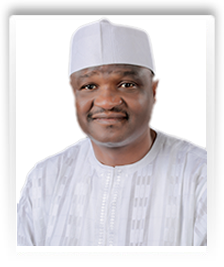